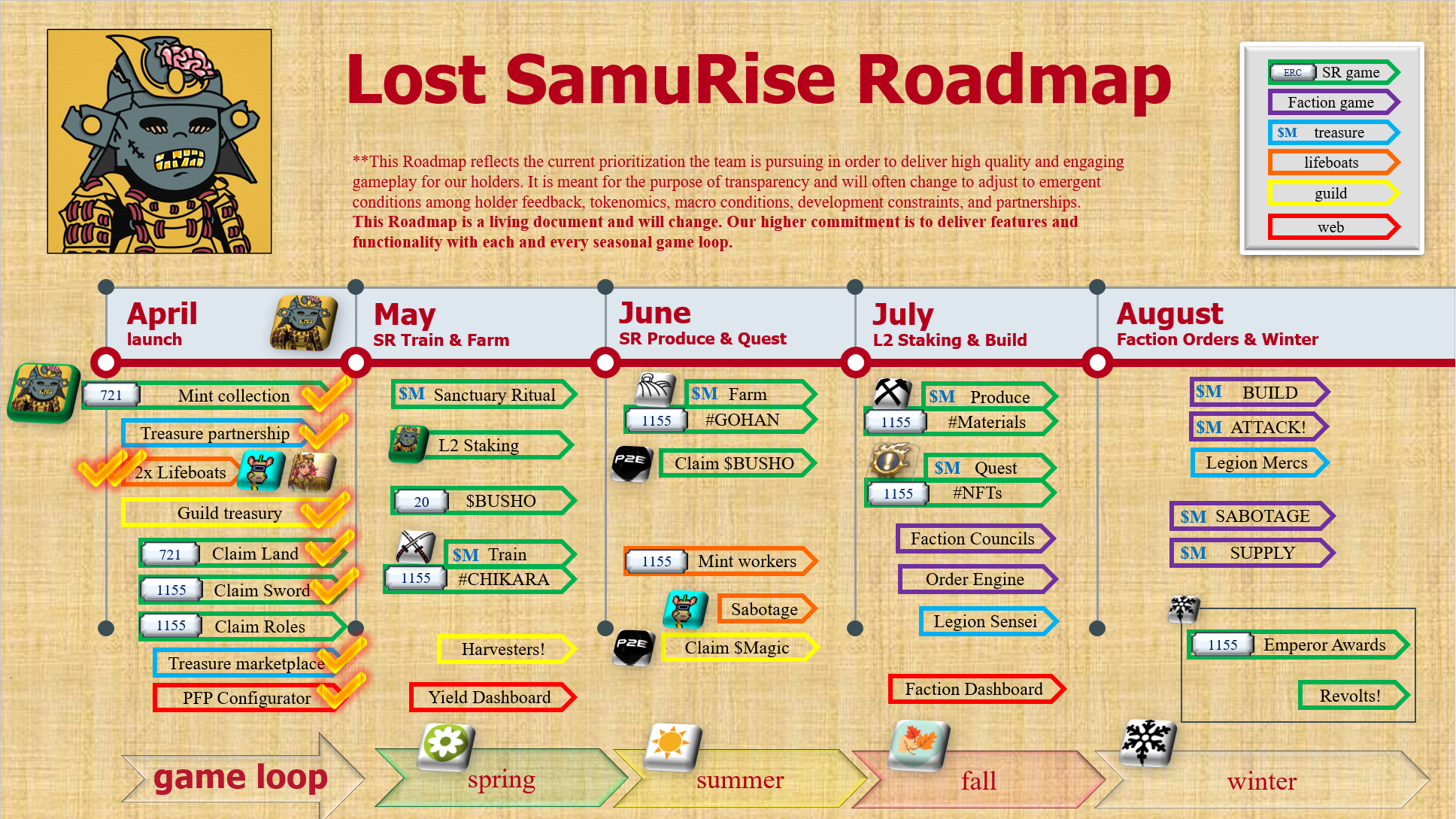 This Roadmap reflects the current prioritization the team is pursuing in order to deliver high quality and engaging gameplay for our holders. It is meant for the purpose of transparency and may change to adjust to emergent conditions among holder feedback, tokenomics, macro conditions, development constraints, and partnerships.

This Roadmap is a living document and will change. Our higher commitment is to deliver features and functionality with each and every seasonal game loop.

Claim Land, Sword, and other Role based NFTs