The game design modeled here represents the complete Game Loop that takes place over a year in game terms (4 months in IRL terms). The detail here is purposefully lighter because we are targeting the release of these game mechanics across the 2nd and 3rd phases of our Roadmap.

The goal of Lost Samurise is to coordinate among your Faction to outwit your enemies and become the first to purify the lands within your Provinces. Significant awards will be given by the Emperor upon the achievement of Seasonal and Lore-based milestones. 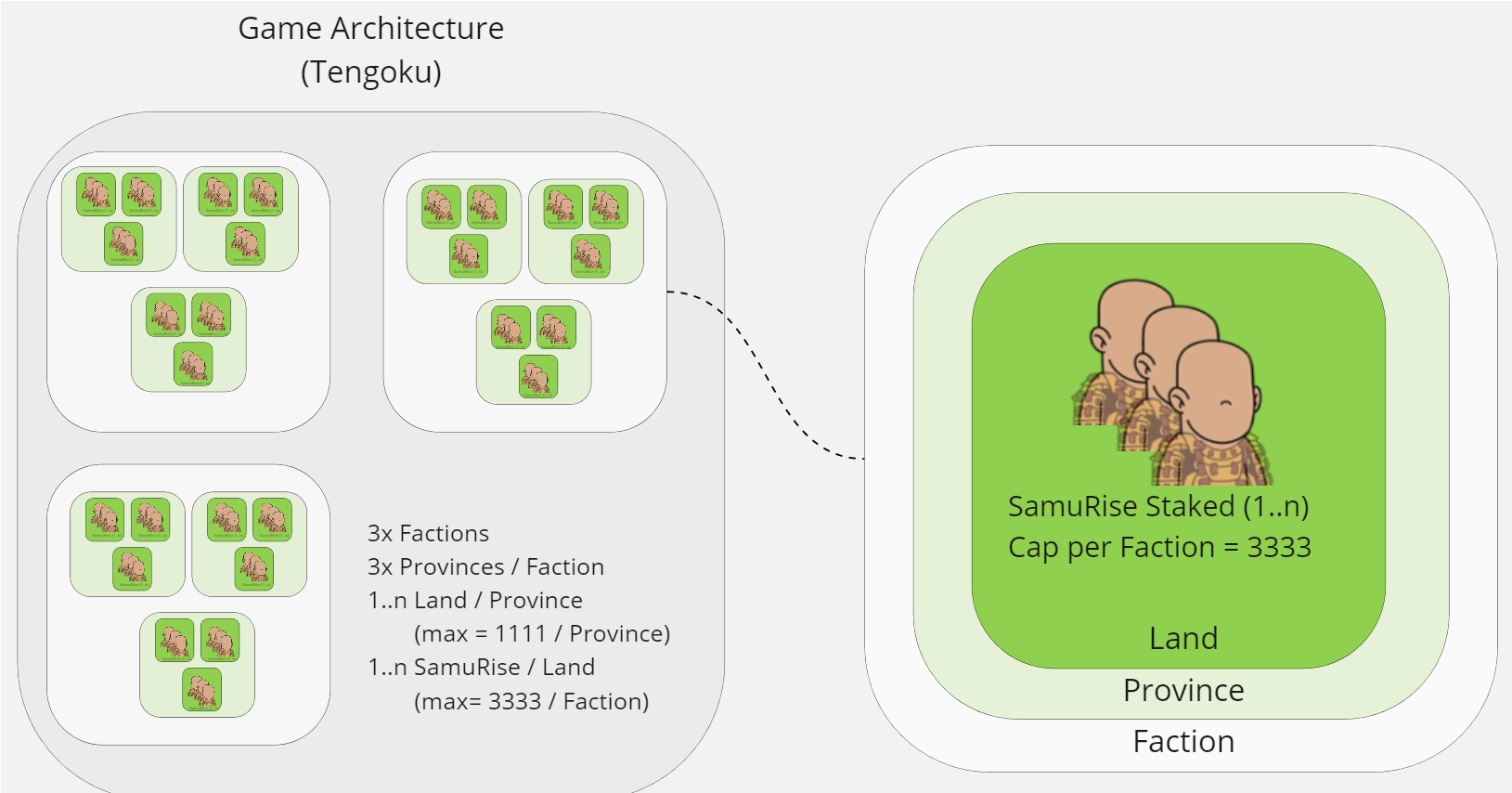 The World of Tengoku contains 3 Factions, and each contains 3 Provinces that will exist on a 2D map with borders that place each province adjacent to 2 or more enemy factions. Each Province will have Daimyo Lands (1 per Wallet) assigned to them, and distributed evenly from a snapshot so that exactly 3333 SamuRise are sent to each Faction.

The endgame Purification story arc is attainable when all 3 building types are successfully built on each of the 3 provinces (castle, theatre, temple) for a total of 9 buildings.

One piece of Land (erc-721) is given to each SamuRise at mint. The logic for distribution of Land includes the following:

The Lost SamuRise is played over a year in game time, and contains 3 identical seasonal loops (Spring, Summer, Fall), while the final Winter season allocates time for all the end of year revolt calculations and Emperor award actions. Within each non-Winter season there are 4 phases that factional teams and individuals will participate in. 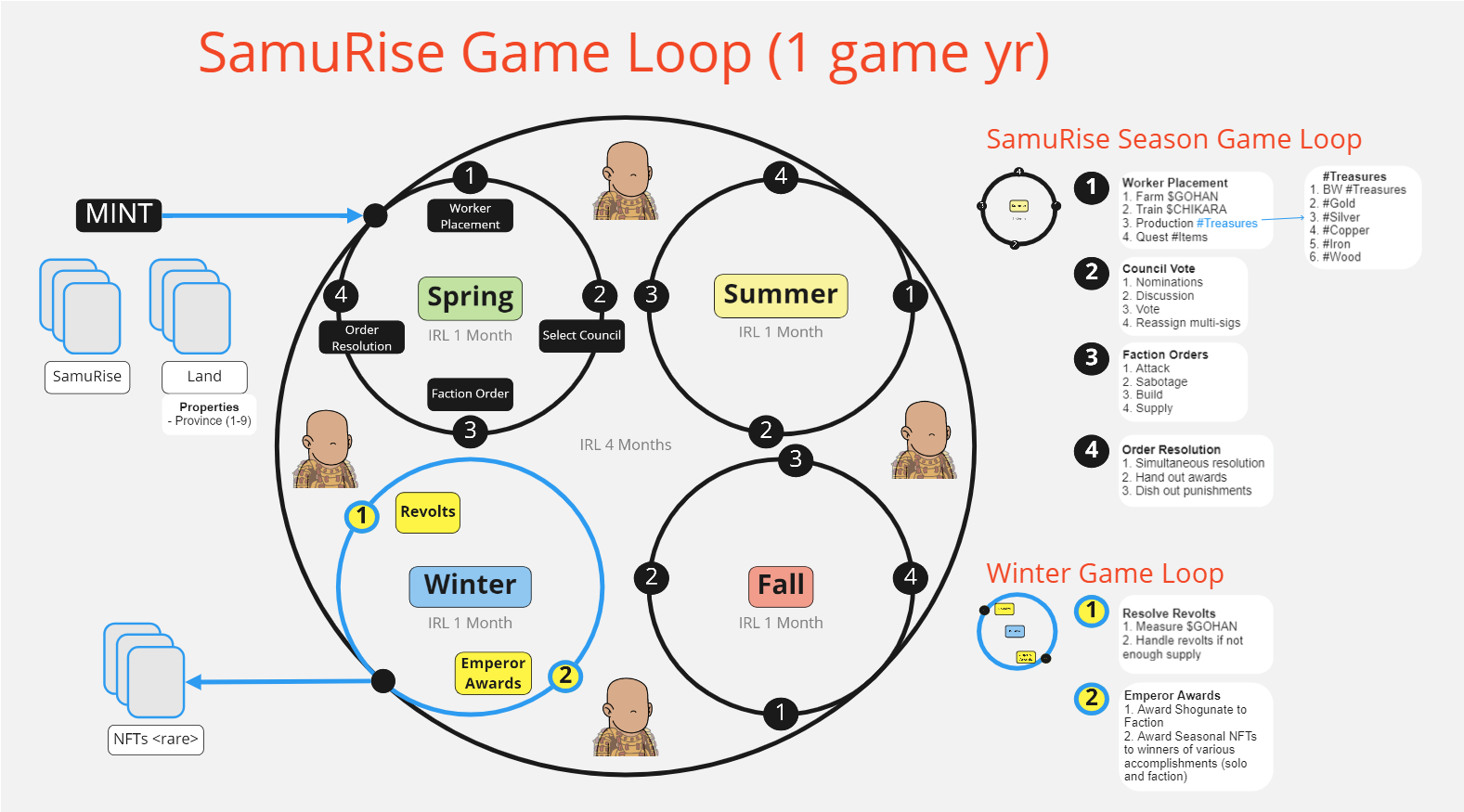 The Winter Season is a time to return home, recover from the long campaigns, ensure the rice stores are filled, put down peasant revolts if they are not, and attend to the Emperor for awards and ceremonies.

To incorporate a significant Risk element to gameplay, Onna Mushas may choose to attend court with the Emperor. What devious plans will they hatch through whispered promises into the Emperor’s ear? Will an enemy Onna Musha succumb to the sleeved dagger or an open challenge? Are the awards given to the winning Shogunate truly safe?

Episodic and Faction Based Social Coordination​

We have chosen an open gaming system that incentivizes social coordination. We expect that formal and informal communication will be effectively leveraged to engage with enemy factions and to coordinate intra and inter-factional strategies.

Due to the openness of the game, outcomes depend more on behavioural emergence than any specific gaming logic. This should help to establish an episodic experience that is created and governed by the storytelling of our community. In this respect, SamuRise is just a narrative protocol with just enough game design to promote an infinite array of possible outcomes. Each season will never play out the same way.